How does water – a very slippery thing – make sandcastles stand up?

Answer: Sandcastles……those were the days.

Anyway, that water miracle in sandcastles works in about the same way as the water miracle in trees  – that is, pulling itself 300 feet up into trees.  In fact, I’ll bet if we could put a strong, inorganic polymer lattice in with the sand – sort of like those capillary tubes in tree trunks – we could make those sandcastles hundreds of feet tall like trees.  Oh yeah, that’s Portland Cement.

The average, everyday water pump in a boiler room works in about the same way as the propeller at the back of a motorboat:  A specially shaped blade (impeller) rotates and, because of its shape, moves the fluid in one direction.  If the pump weren’t held in place it would move like a motorboat (that’s Newton’s Third Law).

Sometimes, when things are wrong with the impeller shape (or liquid flow rate, or impeller speed) a pump will make an awful banging racket and the impellers will get pitted as if an elf used a mini ice cream scoop to remove chunks of metal.  This problem is called cavitation. 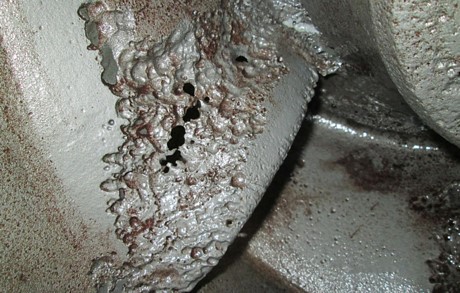 Now the pump is ruined and needs to be fixed.  If that impeller is on the back of a nuclear submarine instead of in a boiler room pump it’s a big deal and you’re probably about to get a torpedo up your … azimuth.  Engineers try very hard to prevent cavitation since it both reduces pump efficiency and damages the equipment.

Imagine the force required to pull a chunk of perfectly good steel out of a perfectly good mass of steel.  Steel is so strong that we use it in construction to do massive things and we have such confidence in it that we use it on every project to suspend massive amounts of weight over out heads (just think of those skinny drywall screws over your head right now). 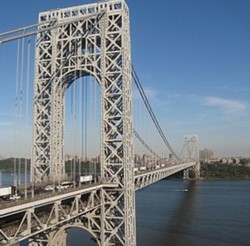 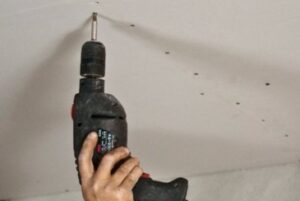 But, it’s not nearly strong enough to withstand the forces generated by some simple water vapor.  Yikes.

The curious thing with cavitation is how that water vapor got there in the first place.

When water is heated and starts to boil vapor is formed and everyone seems to understand that:  liquid water absorbs thermal energy and eventually changes phase to vapor and expands.  The pressure is always positive.

Now, imagine pulling water apart, no heat involved, as if it were inside the cylinder of a sealed bicycle pump and you were pulling the handle up, not pushing it down. 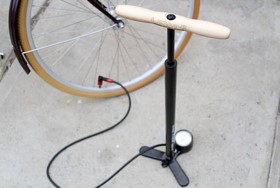 The words don’t fit so well, but now the water is in tension – negative pressure.  At some amount of tension, the water changes phase from liquid to vapor just as if it were heated and boiled.  You could call it low temperature boiling.   In some special cases, this pressure has been found to be as low as negative 120MPa.  Inside the capillaries of very tall trees this pressure is thought to be about negative 10MPa.  This is super weird because we’re all taught that boiling (regardless of temperature) happens when the vapor pressure of the liquid equals the pressure exerted on the liquid (by whatever, the air above it, the steel tank containing it, etc.). Not always, as it turns out, but the concept of negative vapor pressure is more than I care to deal with in this email.  Water is complicated, but I still love it.

In pumps it’s this negative pressure that’s creating the vapor bubbles that then cavitate and chew the impellers to bits.  The motion of the impeller blade away from the liquid water is just like the upstroke on that bicycle pump.  It creates a tension (negative pressure) in the liquid water and at some amount of tension the liquid phase changes to a vapor.  When that vapor phase material changes back to liquid the suction force on the steel is so strong that it tears the steel apart.

Quicksand sucks, no pun intended, and it cannot support the weight of any building.

Add lots of liquid water to sand and eventually all the air space (plus a little more) is filled up with water.  That’s OK if the sand is still constrained.  In fact, that’s probably the typical condition below any foundation footing you’ve ever designed or placed on sand – it’s wet underground.  The solid particles still do a great job supporting the load.  But, remove the force constraining it and it can become quicksand.

Water is VERY slippery and when it fills all those air spaces between the sand grains it acts as a lubricant, reducing the friction between them, and the mixture can’t hold up squat.  It’s quicksand. [4] 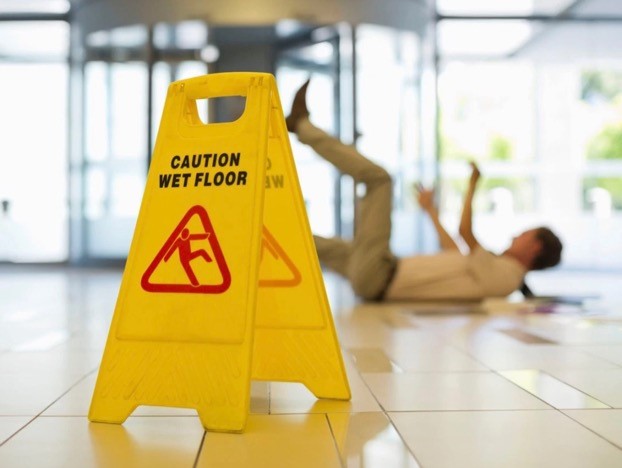 When the pore spaces between the sand grains are full, or even mostly full of liquid water, that water also acts like the non-compressible material it is and it transfers the gravity load of its own weight plus the weight above it to anything else touching it.  If you’ve ever felt the urge to pee you’ve experienced similar physics.  In sandcastles, gravity acts on the sand grains and pulls them toward the center of the Earth.  That force exerts a pressure on the liquid water.  That liquid water transfers that force to surrounding sand grains.  The sand grains on the outer surface of the castle have nothing holding them in place, so, they get pushed horizontally by this force.[5]  And the sandcastle crumbles in a sloppy, wet mess.

Remove some water, replace it with air, and it’s all different:  the water pulls the sand grains together rather than pushing them apart.  Dip your finger into a drop of water on a countertop and pull it up a little and you’ll experience this physics. 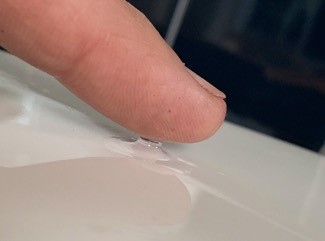 The water is (sort of) in tension between your fingertip and countertop surface.  Same in the sandcastle.

All that air in the sand-water-air mixture of a sandcastle creates an enormous amount of exposed water surface.  If the volume of water is just right the surface tension on all that water surface pulls the sand grains together – it constrains the sand.   It’s like a jillion little bungee cords inside the sandcastle pulling all those grains of sand together.  When the pull of all those microscopic bungee cords is greater than the force exerted by gravity the castle stays up.  When the force of gravity is greater than the pull of those bungee cords, or, if the bungee cords break (the water dries up), the castle crumbles.

And that’s why it’s like cavitation and water getting to the tops of tall trees:  tension in a liquid.[6]  If you’re a structural engineer or live near Route 1 in California, you know all about this because this is the same basic concept involved with soil stability.

My sandcastle game is pretty strong, and I’ve been working on it since JFK was president, so, for what it’s worth, I believe one bucket of water mixed with eight buckets of dry sand is the perfect mix.  Saltwater is better, but just barely. 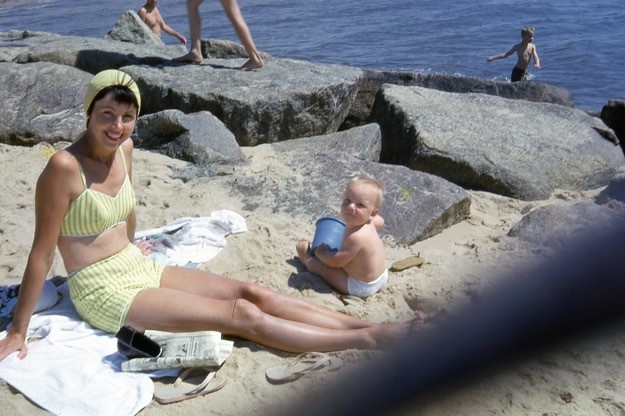 That’s about it for sandcastles.

[1] This cavitation thing is also the reason you can knock the bottom off a liquid filled glass bottle when you smack the mouth and also one of the things that helps your blender make nice purees.  Cavitation isn’t an unusual thing, it’s just not much known outside of fluid mechanics and engineering.

[2] About 65% solid particles, 35% air, but those numbers are variable depending on particle size distribution and packing arrangement.

[3] That “constrain” thing is exactly what the cement is doing in both concrete and mortar.  For the most part, the sand and aggregate carry the load, the cement just keeps them from moving.

[4] A little FYI, if you ever step in quicksand don’t get too freaked out, you won’t sink below about your waist.  You are much less dense than the sand-water mixture, you will float.  You’ll never pull yourself straight out, but you can quick wriggle yourself out.

[5] Same for all the water in the mixture, but I couldn’t write that as cleanly.

[6] I know, I mixed dimensions there, but it’s close enough for a Sunday email.