Why do the Brazil nuts always rise to the top of the mixed nuts jar?

Turns out, this is one of those things that is not yet entirely understood.  There are reasonable explanations of why nuts, and other similar things, behave this way, but a jar is a limited case and doesn’t experience all the possible variables for this sort of thing.  That thing being separation of solid particles according to size:  granular convection. Those big Brazil nuts are always on the top of all the other nuts when you open the jar.  Similar thing with lots of cereals – dust on the bottom of the package, big flakes all on the top. 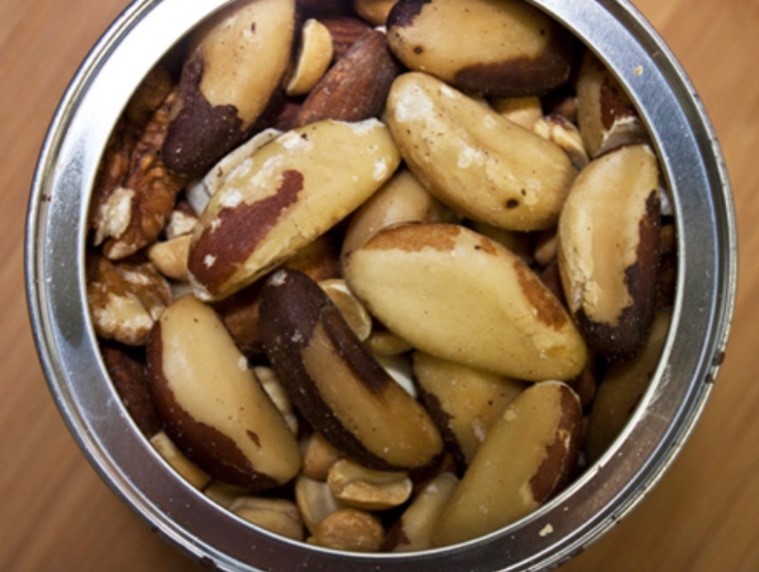 Yeah, yeah, this seems really trivial.  Hardly the stuff of Building Science Sunday riffs but, au contraire, this is a serious engineering problem that has implications across the building industry.  Our industry has many materials that start their existence as mixtures of solids –dirt, Portland Cement, lime, gypsum, mason’s sand, gravel, paint additives, blown cellulose insulation, etc., etc., etc.  Those mixtures need to be well mixed, not size separated, for their proper function.  Unfortunately, Mother Nature often conspires against us and brings the big particles to the top and the small particles to the bottom.   With great study and effort, engineers have been able to work around this problem in most applications in the building industry.  They just haven’t passed their knowledge on to the nut and cereal packing industry.

When you mix things, they get mixed up.[1]  That’s how the lottery selection thing on TV works every week, right?  Unfortunately, if the things[2] being mixed up aren’t all exactly the same, they don’t get randomly mixed up.  They segregate themselves.  Sometimes in totally unanticipated, weird ways.  So much so that it seems that they’re breaking the second law of thermodynamics – they concentrate together like a bunch of seventh grade boys at a middle school dance:

Take, for example, this tube of plastic and steel pellets.  It starts all mixed but, after some end-to-end shaking, it ends up segregated.[3]  Both cool and mysterious. 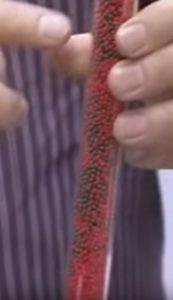 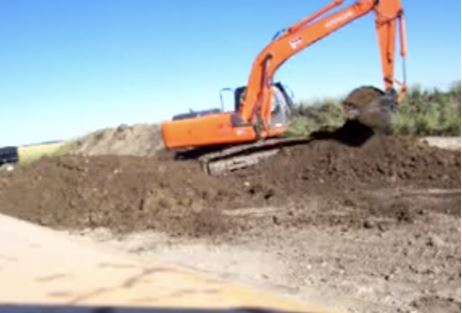 The good news is that building excavation contractors figured this out long ago and use this knowledge to separate rocky dirt into clean dirt piles and rock piles.  I’ve watched this a hundred times on jobsites and if you look around next time you’re on a large jobsite where earth is being moved around you might see it too.

If a large, stony pile of dirt is picked up, shovel-by-shovel (those big, hydraulic, 2 cubic yard shovels, not hand shovels) and moved to a new location, as the new pile grows in height the stones roll down the new hill to the outside of the pile.  A second machine – a front end loader – then drives a loop around the outside of that new forming pile and scoops up the stones from the perimeter every few minutes.  By the time all the dirt’s been moved, about two thirds of the stones have been removed.  A few more shuffles back and forth and that dirt is almost totally stone free.  A poor man’s dirt sieve. 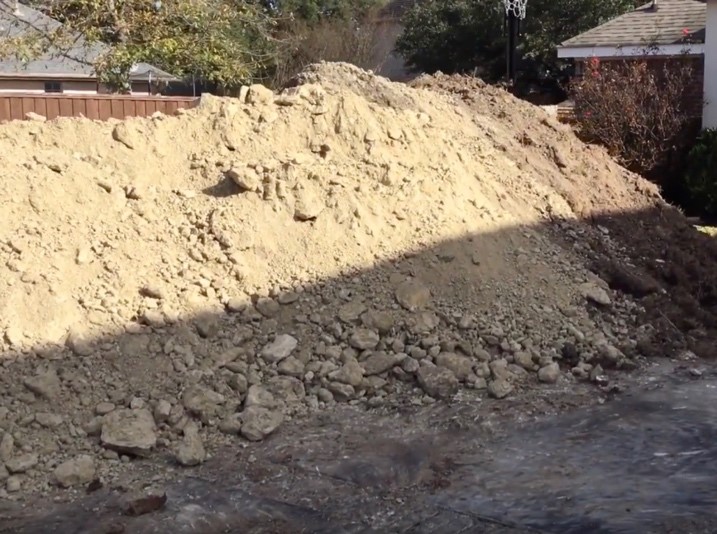 What’s going on with the dirt and the Brazil nuts results from probability:  since there are many more small particles than large particles, as they move about (because of some force that shakes them), it is more probable that a small particle will fall into a space previously occupied by a large particle when gravity pulls them all back toward the earth.  Unfortunately, many, many things impact these probabilistic outcomes:  friction, container shape, particle densities, etc.  With Brazil Nuts and dirt, it’s sort of simple, with other materials and shapes it is wildly complex and not entirely understood.

All physical processes are thermodynamic processes.  So, in buildings, that’s a whole host of things:  elevators going up, walking down stairs, air conditioning, heating, vapor diffusion through walls, passive solar heating, exhaust ventilation, cooking, artificial light, smoke alarms, etc.  And that’s ignoring all the lifting, and hammering, and drilling done during the construction process.  It’s not entirely crazy to say that everything is currently in some sort of thermodynamic process.  Same with that Brazil nut separation thing.  I’m not smart enough to figure it all out[4], but there is no doubt that the full explanation is found somewhere in thermodynamics.

You should think of entropy in the same way that you think of temperature or pressure or volume or voltage or current or concentration or the hundreds of other individual characteristics of a given material, system or process.  Entropy is the name of one characteristic of that material, system or process.  Unfortunately, you can’t see it, feel, smell it or taste it.  Because we can’t see, feel, smell or taste it our ancestors never named it.  It only got named in 1865 and that name has barely escaped the physics community.  My guess is that a security alarm would go off in a school of architecture building if someone uttered the word entropy.

Maybe, at some distant time in the past, you heard something about disorder and entropy.  You may have even heard something like “my room/desk is all messy because of entropy – everything tends toward disorder.”

Not really.  That “disorder” thing is an unfortunate use of vocabulary and I don’t find it helpful for complete understanding.

Here goes:  Entropy is the number of possible micro-states for a given macro-state.

A macro-state is any non-quantum mechanics size thing.  It could even be your desk or your bedroom.  Or a jar of mixed nuts.  Or a pile of rocky dirt.

A micro-state is the exact position and disposition of every single thing that can be moved, jiggled, rotated or re-arranged within the macro-state. 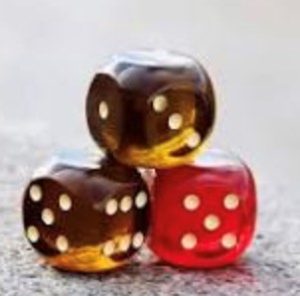 That’s sort of like the mixed nuts.  Every shake of the jar is like a roll of those dice.  Usually, the outcome of the shake is that which is more probable in the same way the outcome of the dice roll is that which is more probable.  You’re more likely to roll a 10 than a 3.  The nuts are more likely to arrange themselves with the small ones below the big ones.

And this is where the messy room thing comes up:  disorder can occur in many ways; order can only occur in one way (or very few ways at least). 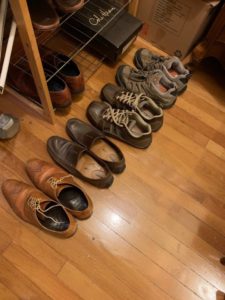 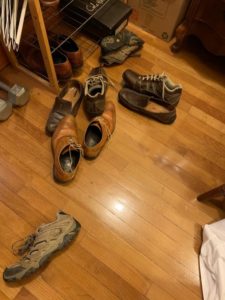 I don’t like the order/disorder language for explanation of entropy since it glosses over the probabilistic nature of entropy.  But, if it helps people understand, OK.

And, now you know why water vapor does all the mysterious things it does:  those arrangements of the molecules in the mixture (humid air) are more probable (AKA higher entropy).

That’s about it for Brazil nuts.  Good luck with that swirling water question.

[2] Solid things. Not so much with liquids and gases.

[4] Lucky for my ego, nobody else has either.